The Rn-isotope 222Rn plays a key role for the radiation exposure indoors. 222Rn decays with a half-life of 3.83 days and forms a radioactive equilibrium with its direct short-lived daughter products after 3 hours storage.

Radon as gas escapes through cracks and capillaries from the ground into the atmosphere and may be enriched in closed dwellings. It is transferred indoors mainly through direct contact between the ground and the cellar/basement. Radon progenies are partly adsorbed on aerosols or dust particles. These are deposited in the bronchial tract by breathing, where the α-emitters cause the major part of the radiation exposure. Radon migrates as well into ground water when in direct contact with Radium containing minerals (e.g. granite). Consequently, it can also be found in spring waters and in the public drinking water supply.

„Thoron“, as 220Rn from the Thorium-decay series, plays only a minor role because of the short half-life of 56 seconds, which is almost too short for its transfer into the atmosphere. The concentration ratio in surface air is normally

but may differ considerably in Thorium rich areas.

Radon is an inert gas and shows a different behavior compared to its free or adsorbed decay products with respect to radiation exposure. Because of its chemical and physical properties, 222Rn is normally present in unequilibrium with its daughters, mostly with an equilibrium factor of 0.6 (variation between 0.2 and 0.8). For the calculation of the effective dose, the knowledge of their relative activities is important.

As a consequence of the recommendations of ICRP 65 from 1990 and the European Guidelines from 1996 and 1998, natural radionuclides have to be taken into consideration for the limitation of the radiation exposure.

This concerns workers who are exposed to natural radiation, e.g. in water processing plants, Radon spas or underground mines. Maximum values for the Radon concentration in dwellings are recommended or exist for most of the European countries, with a range of 100 Bq/m3 suggested for Germany to 1000 Bq/m3 applied in Switzerland.

The application of liquid scintillation for the determination of Radon in water avoids the separation steps like emanation and diffusion and consequently as well the sources of errors aligned with the sample preparation [Passo and Floeckner 1989]; [Prichard et al. 1992]; [Prichard and Gesell 1997].

The spectral distribution and the quantification in both α- and β-region allow the estimation of the equilibrium state of the original water sample. Furthermore, any calibration error is avoided as the counting efficiency due to absence of self absorption and 4π-geometry is practically 100 % for α-emitters. This aspect is of special importance as qualified Radon-standards are rarely available.

Radon in water is measured either directly as gel together with its progenies, or after previous extraction into a water immiscible organic scintillation cocktail like MaxiLight+, Toluene Scint or BetaPlate Scint. The latter method applies the fact that the distribution coefficient for Radon as gas between organic solvents like toluene and water exceeds a value of 15. Additionally, the better electronical α/β-pulse discrimination in organic cocktails reduces interferences from β-radiation and luminescence effects and, thus, improves the lower limit of detection comprehensively. For water samples with high salt freight the use of the DIN containing safe cocktails hinders the phase separation after the extraction step and affords sometimes a centrifuge.

Care has to be taken in order to prevent emanation of Radon during sampling. Sample preparation with the scintillation cocktail is therefore done directly at the sampling site in absence of air contact. Polyethylene vials are unsuitable as Radon may diffuse through the wall.

The activity concentration AC of 222Rn is calculated according to

A phase separation sometimes can be omitted and the two-phase sample may be measured directly. This option depends on the geometry of the photomultipliers of the counter, the presence of Cerenkov light in aqueous phase and should be verified before head.

If the measurement is started before equilibration e.g. after 15 minutes storage with only 222Rn and 218Po [Möbius 2002], the modified counting efficiency conditions have to be taken into account for the calculation.

The method is suitable for the determination of Radon in clear, colored and saline water samples. 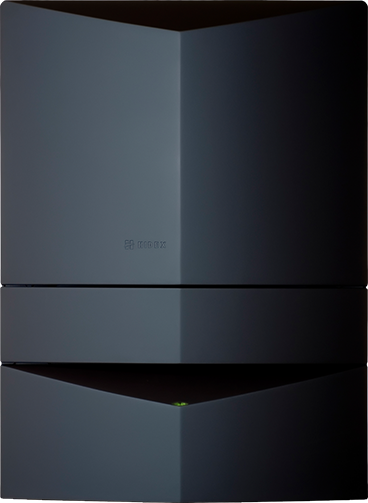